Mystery and romance descend upon the small Southern town of Crystal Lake, Tennessee in the foothills of the Smoky Mountains. Three brothers uphold law and order, but lose their hearts along the way.

Book One: Returning to Love

“The plot of this story was powerful and progressed really well. I couldn’t for one second put the book down.”  –Romance Studio 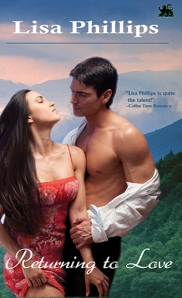 Julian Montgomery is a shiftless gambler crisscrossing the country in pursuit of poker games and cocktail waitresses. Or so the rest of the world believes. In truth, he is a special agent for the FBI, moving from one assignment to the next.
When a murderer surfaces in his small southern hometown, Julian’s assignment is to protect the one woman who is far from happy to find him back in Crystal Lake, TN.

Rowan Covington has never aspired to any life that would lead her away from the place her family has called home for generations. And if Julian thinks she is going out of her way to welcome him back, he has another thing coming! When it becomes apparent she is the target of a killer driven by revenge, Rowan learns the truth
about the one man who holds her heart, and how far he is willing to go to save her.

“Ms. Phillips does an excellent job of combining romance, mystery, and comedy into a story that flows so well it makes the reader forget these aren’t their real neighbors and friends.”- PRG Reviews 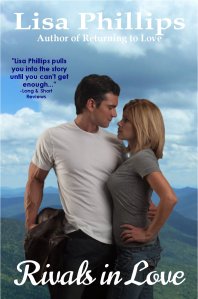 Sheriff Ryan Montgomery never wanted to do anything other than serve the people in his small hometown of Crystal Lake, TN. Like his father before him, Ryan puts family and community first. When Special Agent Ava Miller asks he assist in her investigation of a drug lord, who also has ties to elected officials, he doesn’t have to think twice. However, given Ava is the reason he has never been able to give his heart to another, much more than an investigation is on the line for him.

The last person Ava wants to ask for help is Ryan Montgomery! The cocky, sometimes crass, sheriff has all but ignored her for years. But, when she realizes her own partner at the TBI is involved with the suspect she is investigating, she knows Ryan is the very one to help her bring them both down. 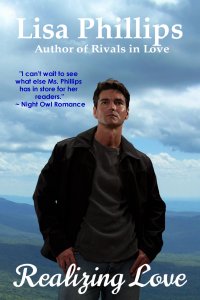 Dr. Daisy Covington has traveled the world making a name for herself as a top forensic anthropologist. Now settled back into her small hometown of Crystal Lake, TN she can turn her attention to other ambitions. Well, one ambition in particular. She was twelve years old, when she decided Logan Montgomery was the one for her. The only thing left to do is figure out a way to see to it Logan decides she is the one for him.

As one of the youngest assistant district attorneys in the state, Logan has little time for anything other than his job in his life. But, since Daisy has been back home he finds himself often distracted by the sexy woman he once thought of as a kid sister. When the skeletal remains of seven women are found buried in a meadow of wildflowers in their quiet little town, he and his brothers know Daisy is the very one to help them find a serial killer. And soon Logan begins to wonder if Daisy may also be the very one for him.

“This story is simple, straight forward, and draws the reader in immediately.” -PRG Reviews 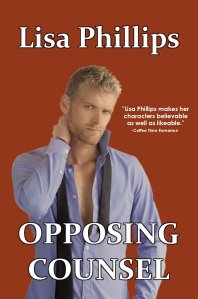 Piper Lewis has made a name for herself as one of the best and brightest family court attorneys in Atlanta, Georgia. Her grandfather, the senator, and her father, the criminal court judge, might have gotten her hired into the prestigious law firm she joined after graduating from Harvard Law. However, it was her hard work that earned her flawless litigation record, serving the firm’s high profile clients. Just when it seems the senior partners are finally prepared to reward her dedication, Piper is passed over once again by the firm’s newest legal eagle. And it is not the first time her new associate has passed her over.

Cameron Michaels first saw Piper sitting in a library at Harvard. She was from one of the most prestigious families in the South, and he was a poor scholarship kid from the Mississippi Bayou. Seven years later, he still feels like the kid from the Bayou, when he is seated across a conference table from the one woman he has never been able to forget. When he realizes how gravely the senior partners have underestimated Piper, Cameron wonders if perhaps all those years ago, he did too.